1. Getting lost in the backstreets

Exploring the old medina can be pleasurable and expensive in equal measures thanks to the small boutiques selling almost everything. Among classic local souvenirs are djellaba robes, spices, babouches (Moroccan slippers), old carpets and colorful ceramics. Bargaining is part of the attraction here.

Taking time over a purchase will not only save money but generally prompt an enjoyable discussion with the vendor.

2. Wandering through the Jardin Majorelle 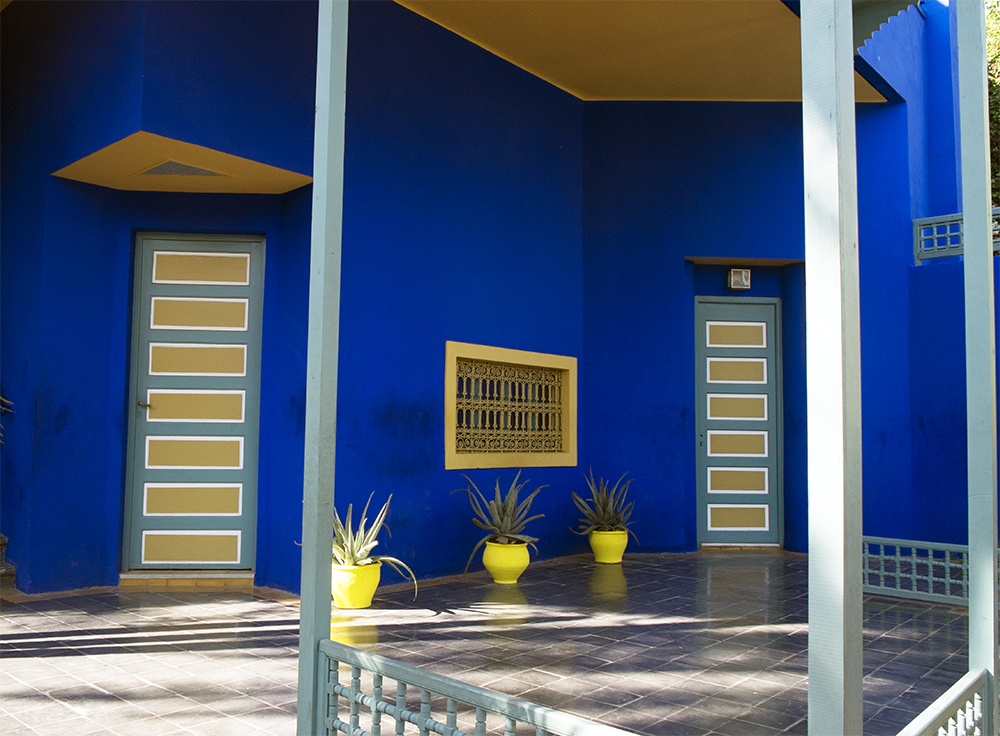 Here, the simple joy of a peaceful garden meets the complicated world of high couture. This 12-acre botanical creation was bequeathed to Marrakech by French painter Jacques Majorelle and later saved from development by fashion designer Yves Saint Laurent, who bought it in the 1980s and, following his death, had his ashes scattered among its plants.

The garden, which blends Moorish and art deco features, is filled with rare flowers. A startling electric blue villa looks down upon the scene. 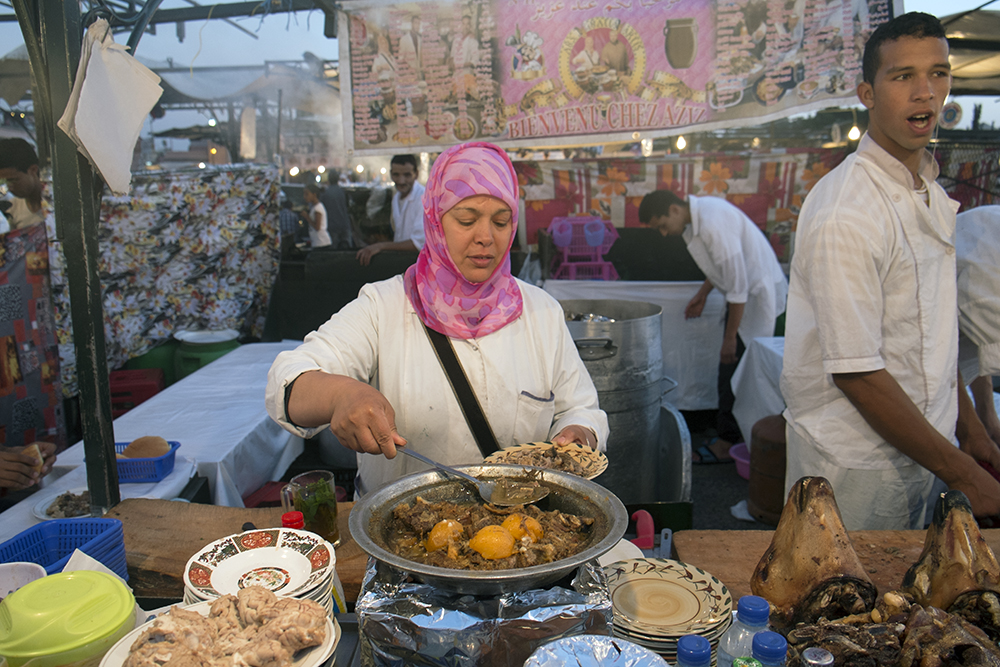 There are plenty of places to eat Moroccan food in Marrakech.

Marrakech’s answer to the mall.

Cooked snails, tajines, couscous and sheep heads — there are different levels of exoticism to match the adventurousness of the diner.

Tanjia is a staple here. It’s a meat dish cooked for six or more hours in a ceramic pot. It’s not commonly enjoyed by tourists but has such a terrific reputation among Moroccans that some come to Marrakech with the sole purpose of eating it.

Recommended: Dar Rhizlane Bejgueni, Jamaa el Fna square. This 40-year-old restaurant is a Marrakech institution. It’s open until 2 a.m. and is famous for its sandwiches.

4. Getting pummeled by a stranger

Steaming in a traditional Hammam or public bath is an important part of Moroccan life and culture. Being scrubbed by a perfect stranger may not sound like everyone’s idea of relaxation, but there’s no better way to escape the buzzing Medina and revitalize weary skin and muscles.

5. Visiting or staying in a palace 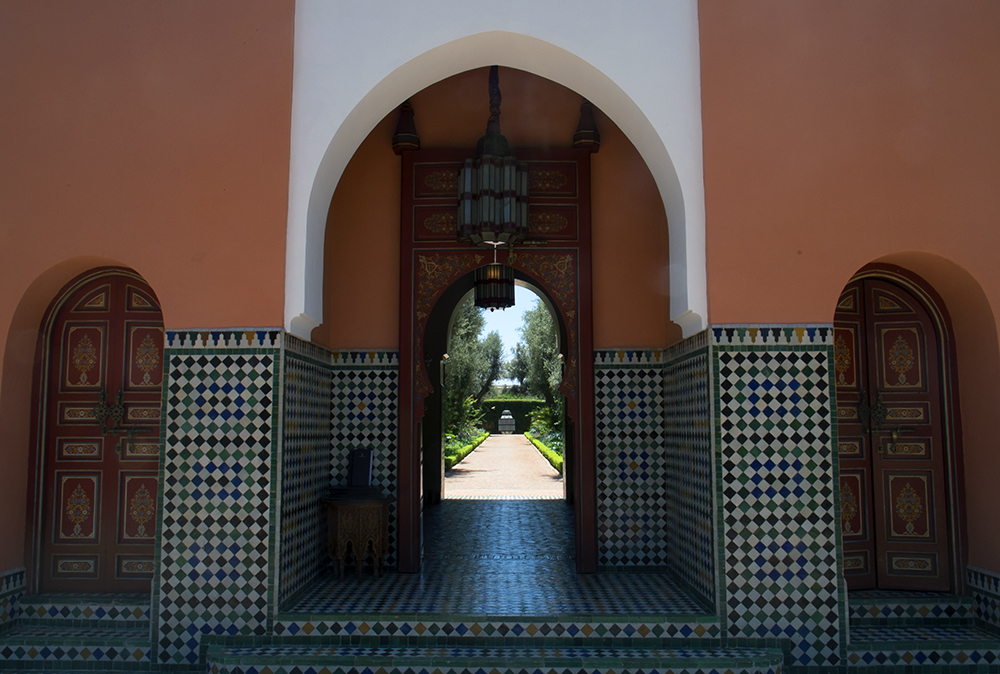 El Badi Palace: It may be in ruins, but it’s still possible to get an idea of the former glory of this sprawling 16th-century sultan’s home.

There are subterranean rooms and a labyrinth to explore, plus a museum of objects recovered from an old Minbar (pulpit) at the Koutoubia mosque.

Mamounia Palace: This five-star hotel has been a Marrakech institution for the best part of a century, receiving famous guests such as Winston Churchill and Charlie Chaplin.

Namaskar Palace: Another luxury hotel, this one on the way from Marrakech to the Atlas Mountains.

6. Relaxing in a riad

Whether for drinking tea or staying the night, riads are a great part of the Marrakech experience.

These traditional Moroccan houses built around a central garden or courtyard are as much a part of the city as the snake charmers of the main square — although many have had a modern makeover.

Regardless of whether they’ve been kitted out with the latest fixtures or remain faithful to their old fashioned Moroccan decor, they all seem to evoke the myths of « One Thousand and One Nights. »

READ: Photo secrets of Marrakech: How to shoot the Red City

7. Checking out the Atlas Mountains 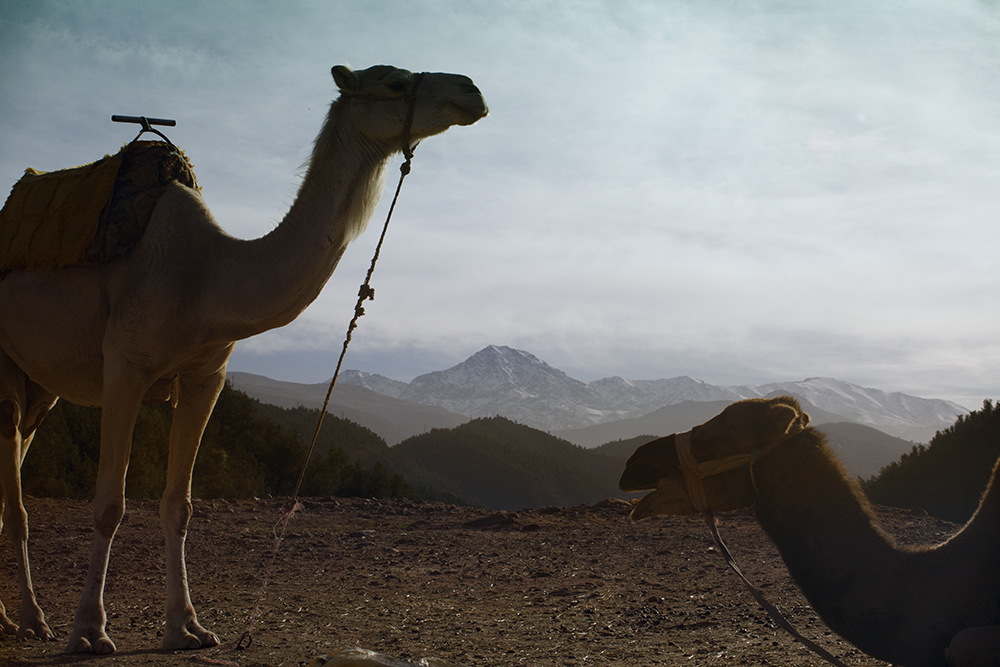 One of Marrakech’s key attractions is that it lies within easy reach of the Atlas Mountains, meaning that cool retreats from the heat and dust of the city are close at hand.

The town of Lalla Takerkoust, 43 kilometers (27 miles) to the southwest, is chiefly known for its nearby dam and lake and is a great place for quad biking, camel riding or simply admiring view of the peaks.

The valley of Ourika, in the Atlas foothills 60 kilometers to the south of Marrakech, is a popular escape to see Berber villages surrounded by waterfalls and rivers.

The village of Armed, 64 kilometers due south, is the last stop before Toubkal, Morocco’s highest mountain, the peak of which affords views over the Sahara.

It’s a great base for hiking or for simply breathing pure air, contemplating nature or enjoying a lunch on the terrace at the Roches Hotel (+212 667 64 49 15)

It’s off the main tourist trail, but Bab el Khemis is worth a visit.

The souk here is open every day, but on Thursdays (« Khemis » translates as « Thursday ») it becomes a truly Moroccan experience.

This is when it transforms into a crowded flea market selling secondhand goods and treasures such as vintage carpets, doors and more than a few things that customers probably don’t know exist until they stumble across them here.

When people visit the city and talk of getting high, it doesn’t necessarily mean they’re hunting for the Crosby, Stills and Nash « Marrakech Express » vibe of the 1960s hippie trail.

Over the past 20 years, the city has emerged as a destination for balloon trips — clear Moroccan skies that rarely see clouds or rain are a huge plus.

Taking in what is undoubtedly the best view of the Atlas Mountains doesn’t come cheap, but few deny it’s money well spent.

Recommended: Ciel d’Afrique, an organzied and professional operation with decades of ballooning experience.

For those with no fear of heights there are climbing routes, high wires and zip lines, while on the ground there’s horse and camel riding.